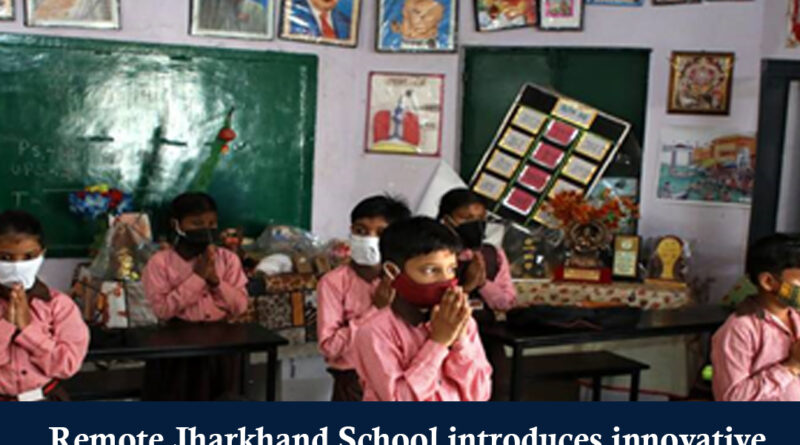 Classrooms that look like train compartments, a huge “snake and ladder” game board painted on the floor and various innovative teaching methods have attracted students to a school in a remote village of Jharkhand in East Singhbumn district.

As the efforts of the 50-year old journalist-turned-teacher Arvind Tiwary have paid off, the dropout rate in Upgraded Middle School in Tangrain village in Potka block is now zero.  “Thirty-five new students got enrolled since the school re-opened post Covid-19 restrictions on September 24,” said Tiwary, the acting principal of the school.

He applied innovative ideas to enroll children and motivate them to pursue studies seriously ever since he joined the government school, about 45 kilometres from Jamshedpur, in 2017.

During the lockdown, he gave three rooms of the five-room single-storey school building the shape of railway compartments. From a distance, the school building looks like a passenger train.  Appreciating the efforts of painter Rishav Malhar, Tiwary said this change has attracted students and they do not miss any opportunity to get photographed before the building.

Tiwary said he has spent money from his pocket to make the changeover. With the new enrollments, the total number of students from standards 1 to 8 has gone up to 269.

Admitting that dropout rate in rural pockets is high, Tiwary said majority of tribal children could not express their problems to those who come from outside. To break this inhibition, he tried approach them through sports and games.

“I painted a large snake and ladder board on a concrete platform on the school campus, and it was an instant hit with the students,” he said.  Tiwary’s other efforts too turned the school into the most sought after one in the vicinity as far as enrollment of children is concerned.

He used to roam around in villages carrying textbooks, Story books, pens, pencils and crayons during the lockdown period to inculcate reading habits among children and solve problems in subjects like mathematics at their doorstep.

As majority of students come from poor families and are unable to afford smartphones to study online, these helped them continue their studies. 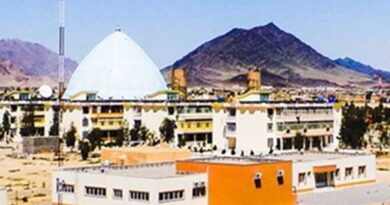 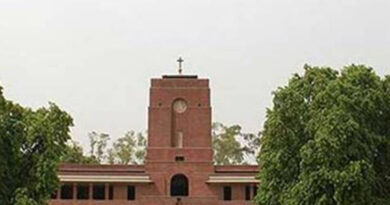 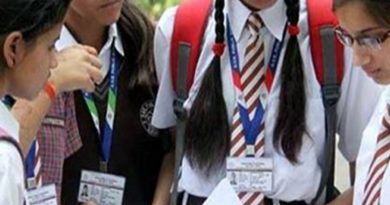