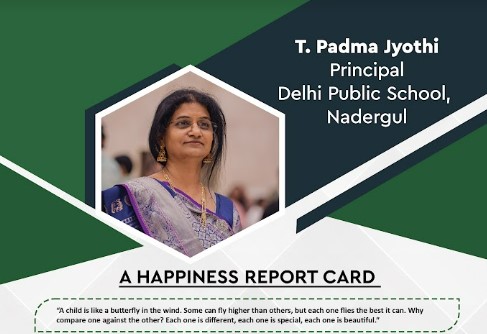 On a regular Friday, when the final bell rang and students all scurried down the  stairs towards their buses in a hurry to go home and start their weekends- I stood at my usual spot watching all of them with a smile on my face. Through it all, I saw the teenagers giggling while discussing their new favourite pop song; the tiny tots swinging their water bottles around; the middle schoolers teasing each other playfully- and my smile grew wider.

Suddenly, I felt a tug at the end of my coat- shy and hesitant. Turning around I saw that one of my students Zulu, was standing there nibbling his thumb anxiously. I waited for him to speak, since he often came across as a rather reserved student of mine. He slowly told me, “I am terrified of coming to school tomorrow.”

On racking my brain trying to figure out why that was, I realised that tomorrow was the dreaded PTM (Parent Teacher Meet). While every child harboured no fondness for this day, Zulu seemed more apprehensive than everyone else. I asked him the reason for his fear, and received the following answer- “I’m not the brightest child academically, and I don’t play any sport well- so every PTM day my teachers have nothing nice to say about me. I feel defeated at the end of all the meetings.”

It took me a few seconds to realise that Zulu was in fact serious about his disdain for this event, and that he probably wasn’t alone in feeling the same. Traditional PTM’s were known to favour the academically stronger students, or the students whose aptitude was better suited for traditional test taking methods. Zulu was a brilliantly curious mind, who had the sweetest disposition of any of my students. He was empathetic, he was responsible, and he definitely was not by any standards “lesser” than the rest of my students.

Before I could speak, he continued with his request, “Do you think you could ask my class teacher to speak about something positive related to me tomorrow?” And then looked down after blurting this out. The little boy standing in front of me was feeling let down, and it was by no fault of his.

After he left, I walked back to my room and called on a meeting with my staff- feeling rather introspective. We decided unanimously that the PTM for tomorrow could be placed on hold until we found a more inclusive and well-rounded way of presenting our children’s best traits- something we owed them as their educators. And thus came about the “HAPPINESS REPORT CARD.”

Our only goal while executing this novel idea was that every single child left their school smiling, every single parent proud of their kids capabilities- and that every teacher knew how to hone in on the unique strengths of each student.

The coming weekend, we arranged our first ever PTM 2.0, and I anxiously stood waiting for all the parents to finish meeting with the teachers. After going on my morning rounds, I peeked in to the class where Zulu was sitting in front of his teacher along with his mother- swinging his legs and talking animatedly, smiling widely. That’s when I knew that the event was a SUCCESS. 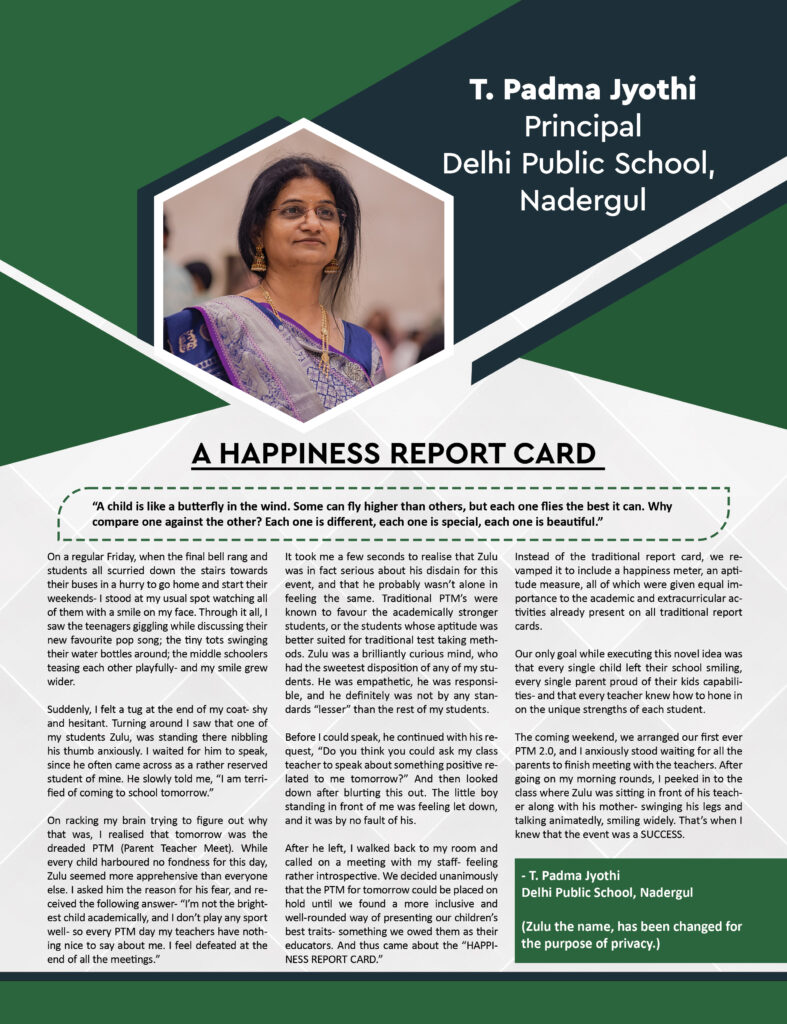